Date June 20, 2017
Brian Todd Collins (born April 1, 1986), better known by his stage name Kid Ink is an American rapper and record producer from Los Angeles, California. He is signed to RCA Records. He released the independent album Up & Away, an EP titled Almost Home, and his second studio album My Own Lane. The latter spawned the singles "Show Me", "Iz U Down", and "Main Chick". On February 3, 2015, he released his third studio album Full Speed, which spawned the singles "Body Language", "Hotel", and "Be Real". On December 25, 2015, he released a surprise fourth studio album Summer in the Winter with the supporting single "Promise". Kid Ink has also released "RSS2" (a mixtape) in 2016, and EP 7 Series with leading single "F with U" in 2017.

Career
2005–2012: Career beginnings, Tha Alumni Music Group and Up & Away
During his teenage years, Collins went to the after-school music programs, where he was making beats and producing tracks. He cites Timbaland, Pharrell Williams and Swizz Beatz as part of his inspiration for its work ethic with the production and songwriting, when he said: "These were artists and producers who were writing for other people in all types of genres. It just gave me an open ear for all different types of music and that's how I approached it".

2013–2014: Signing with RCA, Almost Home and My Own Lane
On January 4, 2013, he announced that he had signed a deal with RCA Records and premiered his first major label single, titled "Bad Ass" featuring Wale and Meek Mill and produced by Devin Cruise. The song would be released for digital download on January 22, 2013. The song was released to Rhythm Crossover radio in the United States on February 26, 2013. It has since peaked at number 90 on the Billboard Hot 100 and number 27 on the Hot R&B/Hip-Hop Songs chart. He released an EP titled Almost Home on May 28, 2013. It featured other artists including French Montana, Wale, Meek Mill, ASAP Ferg and Rico Love.

Upon its release, the EP debuted at number 27 on the Billboard 200. It also produced the single "Money and the Power" which was featured in HBO's Hard Knocks and in the sports video game NBA Live 14 as well as being one of the official theme songs of WrestleMania 31. On September 17, 2013, he released the first single from his second studio album My Own Lane, entitled "Show Me" featuring Chris Brown and produced by DJ Mustard. He released My Own Lane on January 7, 2014. On January 13, 2014, at Kid Ink's album release party, he was awarded his first Gold plaque from the Recording Industry Association of America (RIAA) for his single "Show Me".

2015–2016: Full Speed and Summer in the Winter
On 9 September 2014, "Body Language", which features Usher and Tinashe, was released as the first single from his third studio album, Full Speed. The album was released on February 3, 2015, and has since peaked at number 14 on the US Billboard 200 album chart. On 25 December 2015 Kid Ink released his new studio album, Summer in the Winter, with songs featuring Fetty Wap, Akon, Omarion, Starrah and Bïa Krieger.

Personal life
Kid Ink has 27 tattoos on his face, arms, hands, and torso. He got his first tattoo when he was 16 and has been "addicted" to getting tattoos since. His favorites include portraits of his mother and grandfather on his chest and a tiger on the front of his neck, which represents his Chinese birth sign. He showed off his tattoos for one of PETA's "Ink Not Mink" anti-fur ads in 2013.

Kid Ink has been dating model Asiah Azante for over a decade. The couple became engaged in June 2015. Azante gave birth to a girl in February 2016.

Kid Ink is an American rapper who has a net worth of $2.5 million. Brian Todd Collins (aka Kid Ink) was born April 1, 1986 in Los Angeles, California.

Kid Ink is a father.

The “Show Me” rapper and his fiancée, Asiah Azante, welcomed their first child in 2016, a daughter named Aislin Parvaneh Collins. 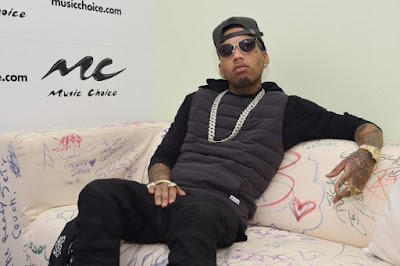 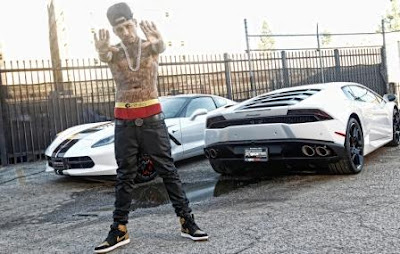 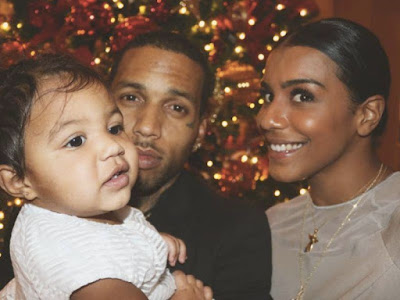 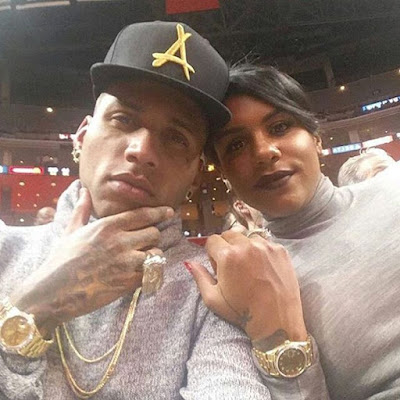 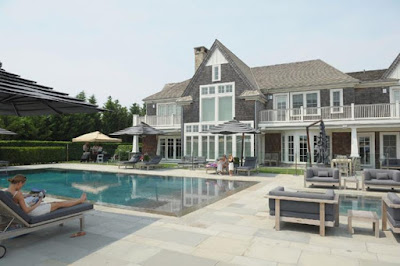 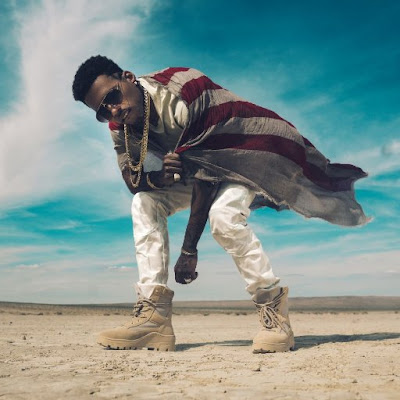 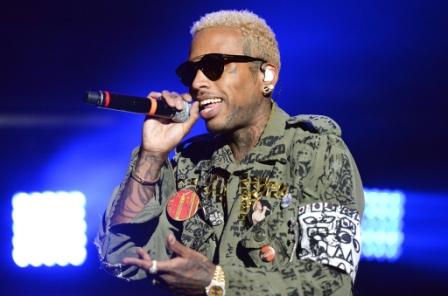