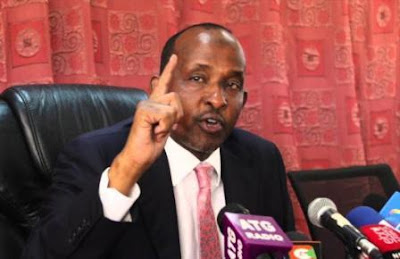 Hon. Aden Bare Duale is a Leader of the National Assembly of Kenya. He was elected in 2013 under the United Republican Party (URP). He is of Somali ethnicity.

Aden has served as a representative of the Dujis Constituency in the National Assembly of Kenya since the 2007 parliamentary elections. After initially being elected with the Orange Democratic Movement, he switched parties for the 2013 elections, and won re-election as a member of the United Republican Party.

He comes from the Abdulwak of the Talamooge sub-clan, which is part of the larger Ogaden clan.

He holds a Bachelor of Education Degree from Moi University and an Executive MBA from Jomo Kenyatta University of Agriculture and Technology.

Duale was first elected as the MP for Dujis in 2007. In mid-2008, President Kibaki appointed him to serve in the grand coalition government as an Assistant Minister for Livestock, representing the Orange Democratic Movement (ODM).

Other than this position and upon promulgation of the new Constitution in 2010, the MP served in many crucial roles such as ‘YES’ Team Leader for North Eastern Province.

Before decamping the ODM camp in 2011 after falling out with ODM’s leadership, he served as the party National Vice Chairman in charge of Political Affairs.

He is a member of the G7 Leadership, a position in which he played a key role. He is also a co-founder of the United Republican Party.

He joined the Jubilee coalition, and in 2013, he successfully defended his parliamentary seat as the MP using the United Republican Party ticket to represent the Garissa Town. He was appointed to represent the government in the National Assembly of Kenya as the leader of the majority.

His concerted effort to defend the government in parliament earned him another appointed in the same position after successfully winning the Garissa Parliamentary seat in the 2017 elections.

Today, he is regarded as one of the fiercest and most vocal politicians from the North Eastern who does not fear to speak his mind including criticizing the opposition both in the National Assembly and in any political platform.

Hon. Aden Duale is a family man with a wife and five children. He holds a lot of value in the family unit and continues to ecourage and inspire his people to build their lives around their loved ones and maintain unity and togetherness.
Duale’s late father was a pastoralist. He did not believe in education. Duale’s mother Hawa Kosar, a small-scale businesswoman, moved the family to town and left the father to herd cattle back home.

Aden Duale is Married to one wife who he lives with in Nairobi. She is the daughter of former Chief of General Staff Mohamud Mohamed.

Aden Duale has five sons. His eldest son Abdul Razak Aden has scored a mean grade of A- (minus) in the 2015 KCSE. He was a student of Mang’u High School. 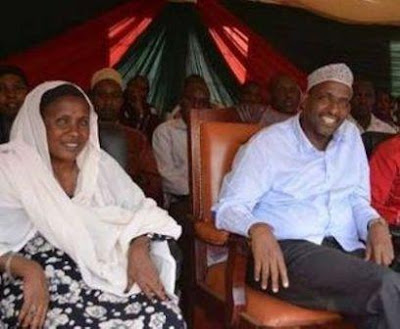 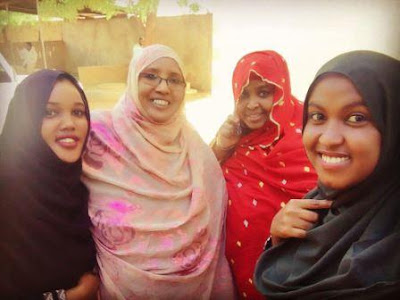