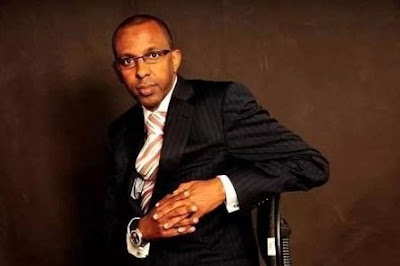 Ahmednasir Abdullahi is a Lawyer who operating a Law Firm in Kenya. He has set himself apart from other lawyers as an attorney who doesn’t hold any prisoners of the legal battle – he grabs opponents by their horns only to let free when they tap. For the decades he has been in legal practice, the Mandera raised Ahmednasir has been known by many to be fearless yet controversial in his pursuits. He harbors no guilt in the quest to stick to his stand by his principles. Owing to this, he has fostered animosity and likewise alliance within both political and social divide. Many aspiring advocates seeking admission into the legal profession admire the lawyer’s unforgiving litigant undertakings.

Ahmednasir Abdullahi is a father of four kids including a set of twins. In response to a lengthy interview in 2014. He disclosed that he sees himself as a good father. He intimated that he avoids disciplining and in place strives to understand them and henceforth award them with an excellent education plus impart correct social values. With his busy schedule comes a sacrifice to his the precious time with his family.

Ahmednasir being of the Muslim faith doesn’t wish to marry a second wife even if the Islamic law gives him a nod. The lawyer regards himself laidback matters romance, even to the extent that the last romantic gesture to this wife was a trip to theaters during the time they were courting. The wife, he disclosed is an IT graduate from Middlesex University, but she is comfortable being a stay at home mum.

Ahmednasir spent time tending to his dad’s shop in the border town of Mandera before he found his way into the city. Driven by a passion to venture into media and a law career he finds repetitive and boring, lawyer and Sunday Nation columnist, Ahmednasir , decided to embark on a new, and vocal, entrepreneurial venture.

The Nairobi Law Monthly, the magazine he publishes, gives highly opinionated law and political voices a new place to sound off. Six months down the line and with four issues out, the magazine is attracting vocal readership, advertisement from leading firms and the government, and he hopes the business will break even before the end of the year.

This is not his first venture into business, having used Sh 7,000 to set up his law firm in 1993 straight out of law school. Three years ago, he also partnered in forming First Community Bank.

The stylish 1990 law graduate from the University of Nairobi, who also holds a Masters in Law from Cornell University, US, has consulted and appeared for the World Bank, UNHCR, Corporations, NGOs and the Government of Kenya in various issues.

Abdullahi is a publisher with Nairobi Law Monthly in conjunction with the founder Gitobu Imanyara. The magazine churns out bold content exploring the corridors of justice and the blurred lines of the law. Additionally, the publications also carry political undertones that are objective to the Kenyan society. The business enterprise published 7,500 copies in its first release quite a cam compare to more 250,000 pieces it used to issue during the times of president Moi government.

It benchmarks on the professional networks to generate high-quality content in the quest to become East Africa’s most read and respected magazine. Apart from the Nairobi law monthly Ahmednasir Abdullahi relations, he is also a columnist with the Daily Nation. He remains objective on the articles and has never regretted writing down an article on the basis that it was factual of malicious.

This venture is not the first one into business. In 1993 just after being admitted into the bar he sank his Kshs 7,000 to start his law firm- Ahmednasir, Abdikadir & Co Advocates Law Firm. The venture was conceived just after out from the law school. He runs the Ahmednasir Abdullahi advocates together with help from a sizeable number of attorneys.

Ahmednasir love for cars is an understatement, it’s a passion to him. Suzuki Vitara was his first ever car that he purchased after two years of founding his law firm. He added to his sleeve BMW two years. As if that was not enough he acquired a Porsche Cayenne, Toyota Land Cruiser and still another SUV, a Land Rover Discovery.

The extravagant attorney was full of a surprise-His new ride.Hold your breath, a Bentley Bentayga. This British made luxury crossover costs the lawyer a mind-blowing Kshs 23 million. The car is said to the most expensive production SUV and can hit a top speed of 187 mph (301 km/h). Bentley boasts that the Bentayga is the fastest SUV in the world. He “confirmed” the rumors via Ahmednasir Abdullahi twitter post showing a snippet photo of what appeared to be one of his classy SUVs.

We may not have the actual figure pointing to the lawyer’s wealth, but the highlighted investments tell of a financially successful attorney. He abhors sourcing capital to start a business. Consequently, he advises entrepreneurs to generate seed capital without necessarily resorting to borrowing. The lawyer claims he has secured any form of a loan and informs that a business should serve a higher cause other than generating profit. In 2008 he joined hands in a partnership to open the first fully-fledged Sharia-compliant bank- First Community Bank.

The Bank commenced official business on 1st June 2008. An idea hatched by Mandera Central MP, Abdikadir Mohamed to the lawyer saw him attract several partners and subsequently raised capital of Kshs 1 billion to start the bank. Today the worthy investment of Mr. Ahmednasir is reaping fruits. The bank has today built an imposing and Iconic KSh.1.3 Billion worth FCB Mihrab building which lies at the heart of Kilimani along Lenana Rd. Its Islamic-inspired architecture exudes an Arabic feel that ads glamour and specter to the Nairobi Skyline. 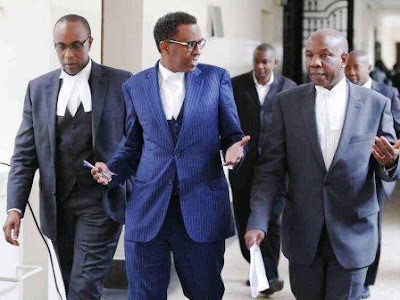 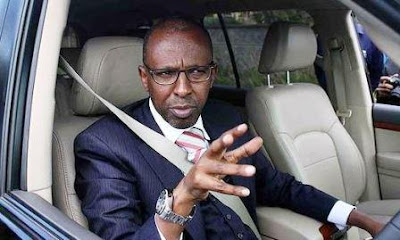