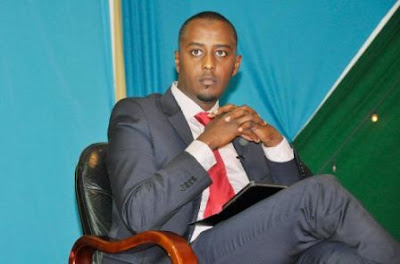 Hussein Mohammed Is a famous Kenyan Television Presenter who was born and raised in Meru County. He is currently a Citizen Tv Kiswahili News presenter and reporter. In 2012 Hussein Mohammed joine Citizen Tv and he has been nicknamed Fiber after the Jamii Telecom cartoon funny character "This is Fimber" due to the shape of his head.

Hussein Mohammed got his education at Kanyakine High School in Meru County and then He joined Zetech College in 2001 to pursue his passion in Photography and partly in Journalism.

When He was in high school, He was the Chairman of the Journalism Club, a role that He came to play again while at Zetech College. In both institutions He aimed at inspiring and developing the art of Swahili journalism.

Hussein Mohammed joined Citizen TV in 2008 and since then his professionalism and demeanour has raised his profile both nationally and internationally.

Hussein Mohammed is a Youngman whose star keeps on shining each day. Sources close to the news anchor reveal that the top rated journalist is being sought by international media houses.

There is Several international media houses have approached him in the past 2 months, according to one of his close associates. Though he is not in a hurry to move out of Royal Media Services, the promise of hefty pay might tempt him to change his heart.

Before marriage Hussein Mohammed has a long l9ove relationship with his girlfriend Malyun. Then the two got married in in a traditional Islamic ceremony called Nikkah at South C at the Masjid Nur.

Mohammed Hussein is not among the best paid journalists in Kenya-atleast according to a report appearing on Standard Digital Edition that ranks Jeff Koinange as the best paid journalist in Kenya. Hussein, whose salary was in the neighborhood of kes400,000 per month, is said to have received an increment following the hue and cry that followed the revelation of Jeff’s salary. 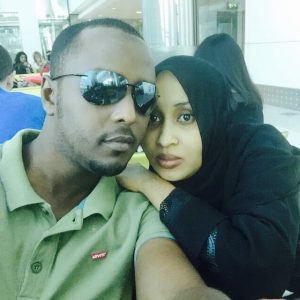 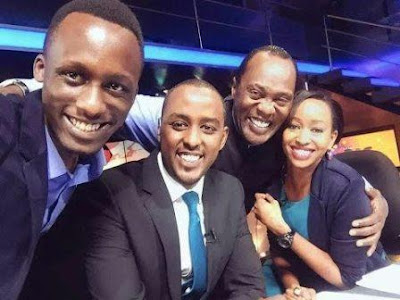