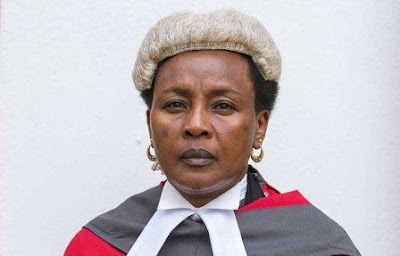 DCP Philomena Mbete Mwilu is a Kenyan lawyer and judge who was born in Ukambani, Kaiti division, Kilala location. She is the Deputy Chief Justice of the Kenya Supreme Court. She has had a long career in the Kenya Judiciary which spans for over 35 years.

She has served as a Justice of the Supreme Court of Kenya, the Deputy Chief Justice of Kenya and Vice President of the same court, since 28 October 2016. She is from Kamba tribe.

Justice Philomena Mbete Mwilu graduated from the University of Nairobi and was admitted as an advocate of the High Court of Kenya in 1984.

DCP Justice Philomena Mbete Mwilu's long judicial career spans over 35 years. She began by practicing law in the firm of "Muthoga Gaturu & Company" in 1984 and later transferred to Mutunga & Company Advocates. In June 1991 she was appointed senior legal manager at Jubilee Insurance Company Limited, serving in that capacity until 1997.

From 1999 until 2001, she was the Board secretary at the Electricity Regulatory Board of Kenya, and later, from 2006 until 2007, she served as the deputy chairperson of the Energy Tribunal. In 2007, she served as a director of the board of Nairobi Water and Sewerage Company and later as chair of the Legal and Human Resource Committees of the board, prior to her joining the Kenya Judiciary.

In October 2016, she was nominated to take the position of Deputy Chief Justice of Kenya, replacing Kalpana Rawal, who had attained the mandatory retirement age of 70. After interviewing Justice Mwilu and over 14 other nominees, the Judicial Services Commission selected Philomena Mbete Mwilu to become the next Deputy Chief Justice

DCP Philomena Mwilu is a mother of three children. She has been a spouse to Amos Wako, former Attorney General of Kenya, since 1997.

They met over some issues that were affecting Mwilu at her company, some milions had been stolen and Mwilu had sought help from the Attorney General to have the culprits brought to book, recalls a personal friend of the two.

During the Period of 2013-2016 cash transaction in Mwilu’s account hit Ksh320.6 million. In a follow up to the highly publicized arrest of the DCJ, the Nation reported that three of her seven properties are worth ksh231 million. Going by these figures, the DCJ net worth is just below the ksh1 billion mark. 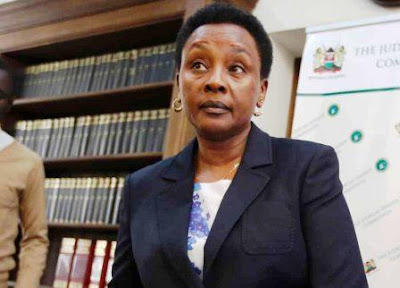 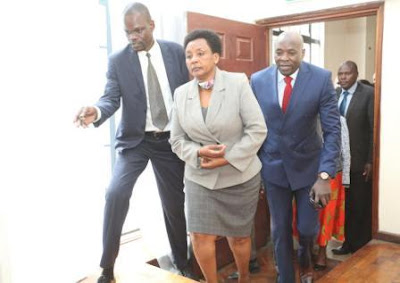 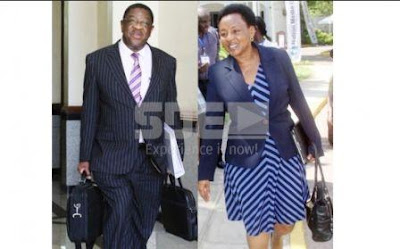