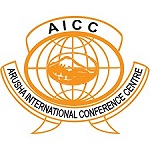 Legal Officer I (Transfer Vacancies)
Arusha International Conference Centre (AICC) was established under the Public Corporations Act No. 17 of 1969 by Presidential Order through Government Notice number 115, published on 25th August, 1978. The Centre is wholly owned by the Government of United Republic of Tanzania and operates under the purview of the Ministry of Foreign Affairs and East African Co-operation.

AICC was established to manage and control the Headquarters’ complex of the defunct East African Community in Arusha which belonged to the defunct East African Community.  It also owns Julius Nyerere International Convention Centre as per Arusha International Conference Centre (Amendment) Order of 2014, dated 19th March, 2014; and provide facilities and services on the complex for purposes of conferences, meetings, seminars etc.

(a) Direct Entry Qualifications
Holder of Bachelor Degree in Law (LLB) from recognized institutions and must have attended and passed Internship or Law School of Tanzania with working experience of at least four (4) years in related field.

(b) Duties and Responsibilities
Interpreting, reviewing and updating various legal documents such as regulations, order, powers, etc. issued by the Centre under its Establishment Order.
Keeping abreast with any new changes in Law that apply to the Centre’s operations
Ensuring that on-going, litigation and arbitration are duly attended to without undue delay and in a cost effective manner;
Preparing all legal drafts/documents, regulations, orders, or directions required to be issued by the Centre in accordance with its Establishment Order.
Providing legal interpretations or legal opinions/advice on any  matter that require to be so interpreted
To perform any duties relevant to the scope of work that may be assigned by the supervisor.

MODE OF APPLICATION
Interested candidates should apply in confidence enclosing:

NOTE:
Applicants must be Public Servants and channel their application letters through their respective employers, failure of which will lead to automatic disqualification

Only successful candidates will be contacted.

Applicants should indicate their willingness and commitment to cover the transfer cost as the transfer is considered to be self-initiated.

Application
Letter of application, curriculum vitae, copies of relevant certificates, testimonials, names and email addresses of three referees should be uploaded via http://recruitment.aicc.co.tz, so as to be received not later than 30th  September, 2020.