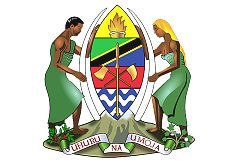 Mbozi District
Mbozi District is a district in Songwe Region, Tanzania. It is bordered to the north by Chunya District, to the east by Mbeya Urban and Ileje Districts, to the south by Zambia and to the west by Rukwa Region.

Administrative subdivisions
Mbozi District is administratively divided into six divisions, twenty-five wards (no longer including Tunduma, which now has its own town council) and 175 villages. .