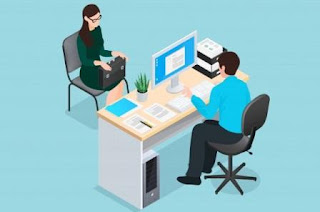 Names Called for Interview SIMIYU at MASWA District Council on 04th - 05th May, 2021
Simiyu Region is one of Tanzania's 31 administrative regions. The regional capital is the town of Bariadi. The region was created in March 2012, from part of Shinyanga Region.

According to the 2012 national census, the region had a population of 1,584,157. For 2002-2012, the region's 1.8 percent average annual population growth rate was the twenty-third-highest in the country. It was also the fifteenth-most-densely-populated region with 63 people per square kilometer.

Maswa District is one of the five districts of the Simiyu Region of Tanzania Inhabited by Sukuma (Nyantuzu People). It is bordered to the north by Magu District and Itilima District, to the east by the Meatu District, to the south by the Kishapu District, and to the west by the Kwimba District. Its administrative centre is the town of Maswa.

The Central Line railway from Tabora to Mwanza passes through the district from south to north and there is one train station within the district's boundaries at the village of Malampaka.


Names Called for Interview RUKWA at SUMBAWANGA Municipal Council on 04th May, 2021
Sumbawanga is a city located in western Tanzania. It is the capital of Rukwa Region with postcode number 55100 . The regional population is approximately 150,000 based on a 2002 census. Sumbawanga lies in the territory of the Wafipa Fipa tribe and so many people speak Kifipa, as well as Kiswahili, the most widely used language of Tanzania.

The name of the town literally translates as "throw away your witchcraft", thought to be a warning from local spiritual "healers" to any bringing in superstitions and practices relating to spiritual healers from other areas; there are still some healers who practice both in town and in the surrounding smaller villages on the plateau.

The town has the largest hospital in the region, Rukwa General Hospital, which is government funded, as well as the smaller Dr. Atiman Hospital administrated and run by the Catholic Diocese of Sumbawanga..

The town acts as a supply and commercial center for the Rukwa Region and some governmental agencies are to be found there, notably the transport department for the region. Sumbawanga has both Libori and Moravian conference centres. A modest-size market is in the town centre where local produce may be found. This includes maize, rice, fruit, poultry and fish (from Lake Tanganyika and Lake Rukwa). Many imported plastic goods and electronics are available as well as bicycles and spares. Although there are several fuel outlets, supply can be quite erratic because of the difficulties of transport from the coast.