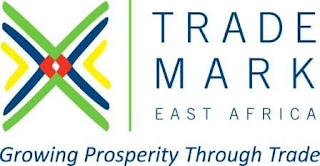 We be­lieve that enhanced trade contributes to economic growth, a reduction in poverty and subsequently increased prosperity. TMEA has Its headquarters in Nairobi. Kenya with branches and operations in Arusha (at the East African Community). Burundi. Democratic Republic of Congo. Ethiopia. Hargelsa, Rwanda. South Sudan. Tanzania, and Uganda.

TMEA is now expanding its trade facilitation programme and launching operations in Djibouti and Malawi. We are looking for high calibre, results-orlented and experienced professionals to join our team in the positions below.

The job holder is responsible for developing and delivering TMEA’s human resources strategy including the acquisition, development and retention of staff to meet TMEA’s corporate objectives.

S/he is expected to provide strategic advice, leadership and direction in the development and implementation of a results-driven performance management culture, succession planning strategy, progressive staff welfare policies and strategies, organisational development initiatives and ensuring staff motivation and a conducive working environment.

The deadline for submitting the application is 27 August 2021.

APPLY ON THIS LINK