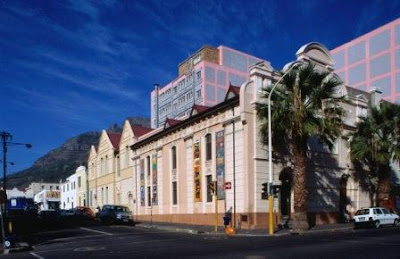 The Hands Off District Six Conference of 1988 led to the formation of the District Six Museum Foundation in 1989. The Foundation worked towards the establishment of the Museum which was launched on 10 December 1994 with its inaugural exhibition called Streets: Retracing District Six.

Leading up to this, the Museum existed as a peripatetic movement between 1989 and 1994, building support for the work of memory through creating collecting points and storytelling opportunities in different parts of the city. The diaspora of District Sixers played an important role in shaping and contributing to the Museum’s exhibition and programme, and they continue to be pivotal to the ongoing work of memory and holistic restitution. Their desire to return and re-member is ever present in this work.

The Museum’s first physical location was in the historic Methodist Church building at 25A Buitenkant Street which to this day is the home to its permanent exhibition – Digging Deeper. Since the early 2000s, the Museum has expanded into the historic Sacks Futeran building one block away, at 15A Buitenkant Street, which has aptly been named ‘The District Six Museum Homecoming Centre.’ This address has become a popular venue for events such as conferences, seminars and book launches, and is also the place where most of the Museum’s programmes are held.

A large component of the Museum’s work takes place outside of its buildings: on the vacant site of District Six, within the returned community of families who have been successful land claimants, and in the various areas to which the displaced families have been forcibly removed.

Linking its work to the experiences of people from other sites of forced removals across the country has been an important thrust, and partnerships continue to be a source of strength and support. The Museum is a member of SAMA (the South African Museums Association) and of ICSOC (the International Coalition of Sites of Conscience.)