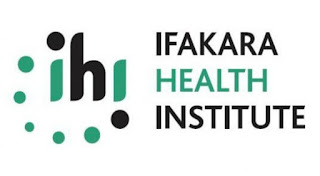 Ifakara Health Institute (IHI) is a leading health research organization in Africa, with a strong track record of developing, testing and validating innovations for health. We are driven by core strategic mandate for research, training and services. The institute’s work spans across the full research lifecycle from basic science to policy and translation.

Ifakara Health Institute (IHI), is headquartered in Mikocheni, Dar es Salaam. The Dar es Salaam branch was initially established as a central coordination office, and now hosts the offices of the IHI directorate, including the offices of the Chief Executive Director, Director of Science, Chief Finance and Systems Officer and Chief Human Resources and Administration.

IHI – Bagamoyo Branch was established in 2005 with major focus on clinical trials. The branch is situated in the historical city of Bagamoyo and adjacent to the District Hospital. Its prime location has paved significant positive impact to community by providing support and technical input to the Bagamoyo District Hospital and the peripheral health facilities in the vicinity. The branch in collaboration with district health authorities has managed to rehabilitate Bagamoyo district hospital and the nearby dispensary infrastructures. IHI Bagamoyo Branch is now firmly established as a world–class research site. The branch now hosts malaria vaccine research, various drug trials, TB research, malaria vector research and also research on viruses and antibiotic resistance.

Ifakara Health Institute (IHI) owes its name to its original site in Ifakara Town, a growing town of 60,000 people today. This remains the registered office of IHI. The name Ifakara implies “a place you go to die”, probably because of the high mortality rates historically experienced in this area. Scientists at the Ifakara branch conduct mainly conduct research on biomedical and to a large scale, environmental and ecological studies, but there are also trials of drugs, vaccines and diagnostics, health-systems research, and monitoring and evaluation. The HIV/Aids clinic which is located at the St. Francis Hospital in Ifakara is run in partnership with the Swiss Tropical and Public Health Institute.

IHI is an equal opportunity employer. We prohibit intentional biases or discrimination and harassment of any kind at the work place and during recruitment. All employment decisions are based solely on job requirements and individual qualifications, and our recruitment process is governed by the labour laws of Tanzania.