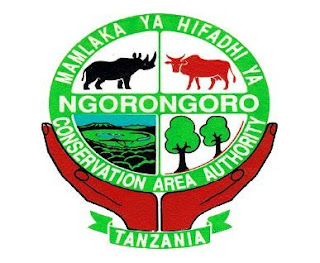 The Ngorongoro Conservation Area covers 8,292 square kilometers. It is one of the three divisions that comprise Ngorongoro District in Arusha Region.

NCA was established in 1959 by the NCA Ordinance No 413 of 1959 as a multiple land use area, designated to promote the conservation of natural resources, safeguard the interests of NCA indigenous residents and promote tourism. NCA is a unique protected area in the whole of Africa where conservation of natural resources in integrated with human development.

The main feature of the NCA include the Ngorongoro Crater, The Serengeti Plains that support about 2.0 millions migratory wildlife species of the Serengeti Mara-ecosystem (TAWIRI, 2003) and the catchment forest; the Northern Highland Forest Reserve (NHFR) known as ‘Entim Olturot’ in Maa language. Other important features found in the NCA are the archaeological and palaeontological site located at Oldupai Gorge and the early human foot-prints that were discovered at Alaitole in Ngarusi area.

Mode of Application
Applications in own-handwriting with a comprehensive typed curriculum vitae, accompanied with copies of relevant academic transcripts and certificates, plus names, phone numbers and addresses of three referees to be sent to:

All applications should be addressed to:
The Conservator of Ngorongoro
Ngorongoro Conservation Area Authority,
P.O.Box 1
NGORONGORO CRATER, ARUSHA

Important: Applicants should indicate their telephone/fax numbers and e-mail addresses for quick response.