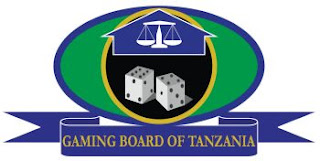 The gaming industry in Tanzania was previously regulated under the Pools and Lotteries Act, 1967 and the National Lotteries Act, 1974. Until the onset of economic reforms in 1985, only national lottery was conducted as a significant gaming activity in Tanzania by the defunct National Lotteries. The economic liberalization policy and reform programs, and particularly the enactment of the National Investments Promotions and Protection Act of 1992, stimulated investment projects in hotel and leisure industry. The continued economic reforms necessitated the formulation of the National Policy on Gaming Activities and subsequently enactment of the Gaming Act Cap. 41, hence the Gaming Board of Tanzania.

To become a world class gaming regulator that contributes meaningfully to social and economic development of Tanzania.

To properly regulate the gaming industry in Tanzania to ensure integrity, maximization of long term social-economic benefits and protection of the gaming public from gaming hazards by enforcing a world class gaming legislation and adapting best practices.

Major activities of the Gaming Board of Tanzania include the following:

Licensing
Gaming Board of Tanzania is responsible for issuing licenses to all gaming operators. Until the end of the financial year 2006/2007, a total of eight casinos and one national lottery were in operation including 219 slot machine route operations.

Inspection
In ensuring compliance to the gaming law and regulations, inspections are carried out continuously to ascertain full compliance of the pertinent law. Inspections include inter alia, suitability of gaming premises, safety requirements, organization structure and gaming employees licenses. Other areas of inspection include compliance with gaming devices minimum requirements and casino internal control procedures.

Advising on Gaming Tax
The responsibility of advising the government on gaming tax matters.

Gaming Board of Tanzania Careers

The board often offer an opportunities for graduate and job seeker to work with them on various department. Advertisement of the Job Vacancies used to be posted on their official website where you can visit through that link shown below to make your Applications.