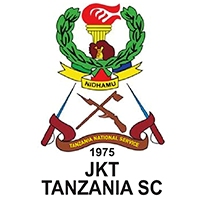 The establishment of the JKT, was based on the ideas of the TANU Youth League (TANU Youth League), in their General Conference held in Tabora on 25 Aug 62, under the former Secretary General of the Union, not Joseph Nyerere.

On 19 April 63, the Council of Tanganyika under the President of the Republic of Tanganyika and the National Father of Mwalimu Julius K. Nyerere, passed the TANU Youth Union Decision and decided on a single statement to be initiated on JKT on 10 July 1963. The first was trained in the Dar es Salaam camp at a peak of 11 youth from 11 districts.

During the launch of JKT, Mwalimu Nyerere said JKT’s importance is from the State to require youth and youth care to respond to the call to serve their nation for whatever role they need.

If You are interested to join with the JKT Tanzania Programme and Training, Please follow the Yellow link below which will connect you with their website for all current advertisement and jobs.