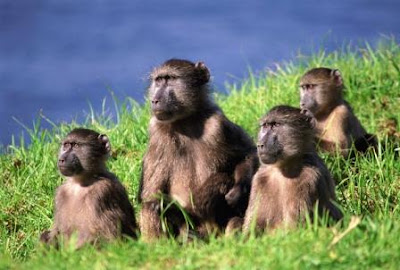 The South African Table Mountain National Park extend from north of Cape Town down the Cape Peninsula to Africa’s southwestern extremity, the Cape of Good Hope. The Mountain Have flat topped Table, It is 1,086m summit affords sweeping views of Cape Town and Table Bay, and is reachable by cableway, bicycle, automobile or on foot.  The regions is the most richest area covered with floral in the world.

The proposal for establishment of the Park was started1930s. The Table Mountain Preservation Board was set up in 1952, and in 1957 its recommendation to the National Monuments Board was accepted and Table Mountain was declared a national monument. At the time around 1960s, the Cape Town City Council declared nature reserves on Table Mountain, Lion’s Head, Signal Hill, and Silvermine.

Due to Fire eruption which was experienced every time, In the 1970s, Douglas Hey was appointed to assess the ecological state of Table Mountain and the southern Peninsula, and he recommended (1978) that all the Peninsula’s mountains above 152m should be conserved. The recommendation led to the establishment of the Cape Peninsula Protected Natural Environment (CPPNE) area, finally established in 1989.

A big fire above the city bowl in 1991 was erupted again and this led to the appointment of  Attorney General Frank Kahn to reach consensus on a plan for rationalising management of the CPPNE. In 1995, Prof. Brian Huntley recommended that SANParks be appointed to manage the CPPNE, with an agreement signed in April 1998 to transfer around 39,500 acres to SANParks. On 29 May 1998, then-president Nelson Mandela proclaimed the Cape Peninsula National Park. The park was later renamed to the Table Mountain National Park

In The National Park, You can find 22 snake species on the mountain, of which five are deadly and only ten non-venomous. The deadly snakes include the Cape cobra (Naja nivea), puff adder (Bitis arietans), boomslang (Dispholidus typus), rinkhals (Hemachatus haemachatus) and berg adder (Bitis atropos).

There are also Among the lizards, the southern rock agama (Agama atra) is most widespread. You will recognise males of the species by their bright blue heads during mating season (October to November and January to February).

In The Table Mountain there are five amphibian species:
The endangered Table Mountain ghost frog (Heleophryne rosei) with its long legs, the Cape chirping frog (Arthroleptella lightfooti) (also known as Lightfoot’s moss frog), the leaping and plopping Cape river frog (Afrana fuscigula), the tiny but beautiful arum lily frog (Hyperolius horstockii) (look out for these in the blooms of arum lilies), and the endangered leopard toad (Bufo pantherinus).

There are unofficial mascot is the dassie, or rock hyrax (Procavia capensis). Social animals that live in groups of up to 80 individuals, dassies love the rocky outcrops at the summit.

Because the Table Mountain National Park (TMNP) includes mountains, beaches, forests and oceans, This made the Park to have a variety of popular recreational activities for outdoor enthusiasts.

Due to many number of visitors, The park set up regulations and Environmental Management Plans (EMP’s) by giving permit which apply to certain of these activities in order to minimize the impacts on the environment.

Visitors to the Park are recommended to respect the environment at all times to assist the Park in protecting their unique natural heritage for the benefit of current and future generations.

Waterland
Waterland Lodge offers an enchanting and idyllic natural setting on the banks of the Hout Bay river in which to stay and rest. The Lodge Have:
Wi-Fi
Swimming Pool
Braai/Barbecue
On-site Parking

The Table Mountain Aerial Cableway Company was formed in 1929 and since then it provided a world class experience to over 22 million visitors who used its services since. The cable car is by far the fastest and easiest way of reaching the summit.

Getting to the cable car is easy. Best option is to take the bus as parking spots are hard to come by. There is a station at Kloof Nek Road.

Online tickets are valid for 7 days from the chosen date.

When the Cable Car is closed for a specific day you can join a different day. Tickets are non-refundable.

Departing times:
Due to the enormous demand reservations for the Cable Car can only be ordered 2 days from now. You can select morning (valid from 8 AM-1PM) or afternoon tickets (valid from 1 PM). Tickets will be sent within 24 hours.

1. It is the only South African and only natural site on the planet to have a constellation of stars named after it. The constellation is called “Mensa”, which means ‘table’ in Latin.

2. Having withstood 6 million years of erosion, it hosts the richest floral kingdom on earth, with more than 1 470 floral species.

3. The Khoi people used to call the mountain Hoerikwaggo (Mountain of the Sea).

4. The first European to climb it, Antonio de Saldanha, called it Taboa de Caba (Table of the Cape).

5. The mountain is now officially recognized as one of the new seven world wonders.

6. Table Mountain is often covered in cloud. The cloud that forms around the mountain is called “table cloth”.

7. It is South Africa’s most photographed landmark.

9. There are many caves on Table Mountain, the biggest one being Wynberg.

11. The rocks on the mountain are over 600,000,000 years old making Table Mountain one of the oldest mountains in the world.

12. More than 70% of all the plants found on the mountain are endemic, meaning they are not found anywhere else. 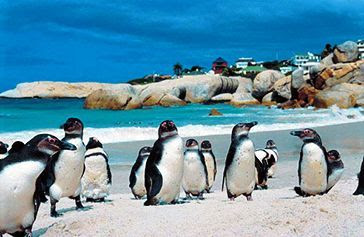 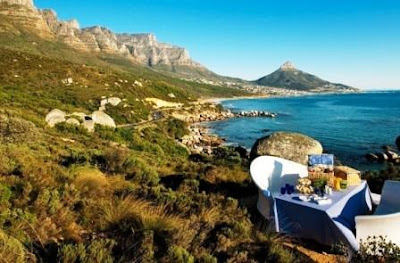